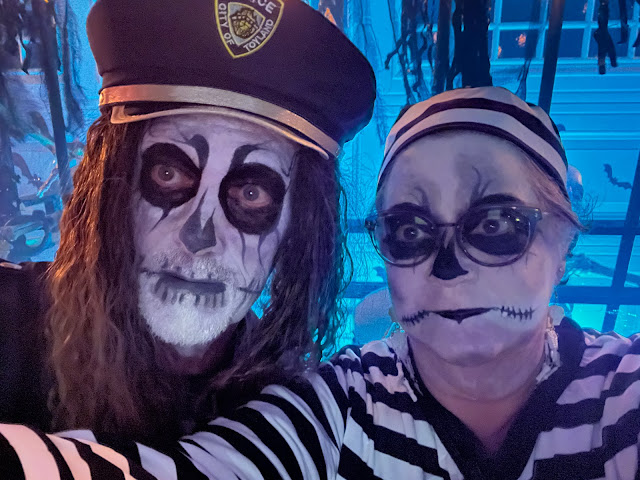 HALLOWEEN Monday was Halloween and our front yard looked terrific. Many people stopped by to talk to Barry or honk as they drove by. Most telling him what a great front yard we have for Halloween. We were expecting 500+ kids but I think it was only 350-400. The little ones are always the best. The most popular costume this year was a fireman or spiderman. Not many fairies or Disney princesses.  JAUNTS No jaunts this week.  CLASSES Tuesday I attended the second week of my AppGen class, Overwhelmed by Ancestry DNA classes. I hosted a CGS education class titled Voting Records with Pam Vestal.  Worked on AppGen homework all week between packing away Halloween directions.  Friday evening attended an Ancestral Souls session with Jennifer Holik and a few other individuals. I think we laughed more than anything else. It felt good.  VOLUNTEER  WORK This was the week I volunteered at the FHL on Wednesday evenings. I was expecting a patron to come in that needed help with a civil war ancestor but
Post a Comment
Read more

Ghosts, Spirits, and an Ouija Board 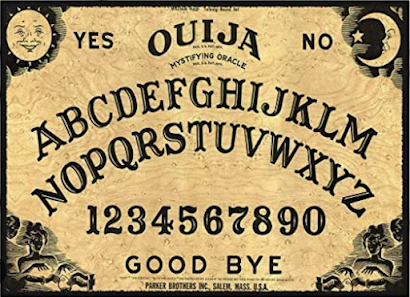 Ouija Board  My younger cousin Danny frequently reminds me of the time we were in our backyard in San Jose, California playing with my Ouija Board. There were four of us, Danny, David (brothers), me, and my siblings Teresa and Billy. We were sitting on the ground of our concrete patio being very serious and trying to conjure up ghosts and spirits.  Danny always insists I was trying to raise our swing set using the Ouija Board. He would imitate me talking to the Ouija Board and laughing at me. He loves to tell this story and how I failed to raise our swing set. At one point my father sneaks around and jumps at us and scared us to death. We all must of jumped 3 feet in the air and screamed! To this day he makes fun of me for believing in ghosts and spirits and I remind him of how high he jumped when my dad scared us.  Written for Amy Johnson Crow's 52 Ancestors in 52 Weeks Blog posted on Facebook.com under Generations Cafe.  Copyright © 2022 by Jacqueline Threet Henderson, Jacqu
Post a Comment
Read more 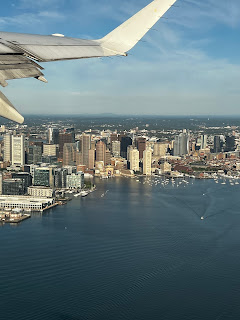 Boston, Massachusetts flight to Halifax, Nova Scotia JTH Steps 9,517 Up real early, 4:45 am to get to Logan Airport. We were not sure how passing through immigration would be but it went smoothly. Found out passports are no longer stamped...total bummer. A slight mix up with renting the car, it was in downtown Halifax at the Westin Hotel, thirty minutes in the opposite direction we needed to be going. A $120 Uber ride later we had our car and were off. Oh well, another adventure. Next stop Point du Chêne, New Brunswick after a stop at Tim Horton's for lunch. We were so hungry and this was the first place we saw. I do have to say there cookies were great but not as great as my friend Renee's. Let's just say I will take McDonald's over Tim Horton.  Good bye Boston, hope to see you again Hello Nova Scotia The drive from Nova Scotia to Point du Chêne, New Brunswick was about three and a half hours. Most of the drive was on the Trans-Canada highway NB-104. Not much to see bu
Post a Comment
Read more 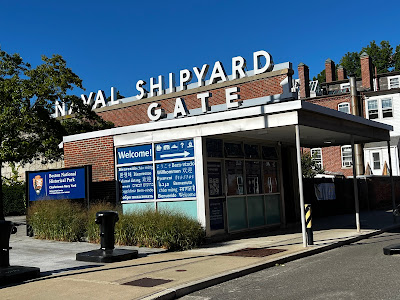 Charlestown Navy Yard and USS Constitution JTH Steps 11,339 Friday 09-02-22 Boston to Charlestown Navy Yard & USS Constitution We slept in this morning and needed it. Barry was able to check me in for our flight to Halifax tomorrow but was not able to check himself in. The airline system would not accept his Resident Alien Card number. It kept saying he was missing a number. He’s had issues before because his number is so old. He called the airline, and they tried but no luck. Hopefully he can get checked in tomorrow at the airport. I ordered room service for us while he was on the phone.  Barry enjoying the view Museum view as we walked from the ferry We took the Charlestown Ferry to the Charlestown Navy Yard to see the USS Constitution Museum and the USS Constitution Naval ship. How many Charlestowns is that? This ferry cost us each under $4.00 for a roundtrip. YEA!!! The trip was only about ten minutes. The weather today was cooler but still very nice. The humidity was down so t
Post a Comment
Read more
More posts 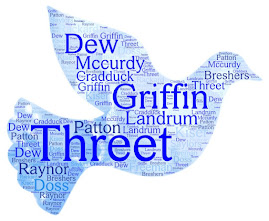 I do not collect data from visitors to my blog. Google must collect some data in order to notify me which countries my visitors come from, but I have no access to the specifics. I do not use an analytic program except the one that is included in Blogger.